The month of September kickstarted with Lee Thomas’s inspirational speech at one of the TED Talks. The author of Turning White: A Memoir of Change got to share his story of trial and triumph on a new platform – TED Talk.

Lee was in the early stages of his TV career when his skin started changing color due to vitiligo. Years passed and Lee continued putting makeup. Soon, he realized that people react to him a certain way. He found himself retaliating sometimes due to fear, sometimes due to anger. Apart from recording his early experiences with vitiligo, Lee’s 15-minute-speech at TED Talk was also about accepting the stares, the fears and the curiosities of others.

New York Fashion Week just ended but we are still checking out some backstage glamor. That’s how we came across Winnie Harlow’s Vogue video, in which she reveals a trick that removes the redness from her skin. Almost all of us, vitiligans, must deal with sun and skin redness. See what Winnie recommends for the same in the below-featured video.

João Stanganelli Junior, now famously known as a sweet grandpa who crochets dolls with vitiligo, was also in the spotlight this September.

João, 64, has been living with chronic skin disorder for nearly half of his life. He wanted his granddaughter, Isabella, to have something to remember him by. After a suggestion from his wife, João started crocheting. It only took him five days of learning to make a doll for his granddaughter.

Once photos of the doll were passed among his social circle, people across the world started asking to crochet their personalized dolls. Thanks to the warm response, João has been crocheting dolls with different body types, skin conditions, physical impairments, and hearing aids.

Dr. David Rosmarin Vice-Chair of Research and Education, Department of Dermatology, Tufts Medical Center, Boston conducted a trial of Ruxolitinib and asked all participants to apply the topical solution twice a day for six months. During the trial, he found out that half of the patients reported improvement on their faces. A formal phase three clinical trial on Ruxolitinib is yet to start this winter. Unite For Vitiligo too released the second annual roundup of 10 Most Attractive Vitiligans (Men) this September. Over 500+ vitiligo fighters participated in an electronic survey to vote for top 10 among 75 influencers who were chosen as candidates for this survey. Just like last year, the list was topped by Sam Goncalves, a Brazilian model, who continues to be an inspiration for young boys with vitiligo. 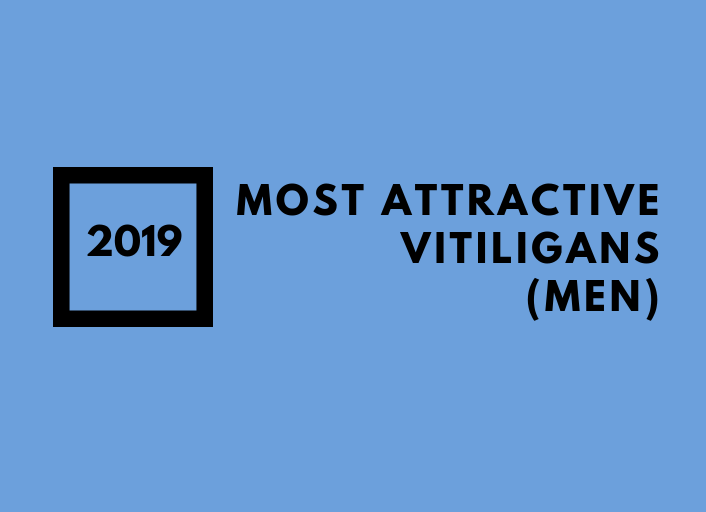 In another news, Pia Miranda, an Australian actress best known for her role in Looking for Alibrandi, took to the social media to explain a flare-up of a skin condition she was unaware she even had.

The winner of Australian Survivor(2019) wrote in an Instagram post that a few fans had been asking her about the changes in her skin on the reality show. It turns out Pia had a flare-up of vitiligo during her time at the show. “I was made aware of it, but I decided to push through and not stress about it until I came home because… Survivor!” she wrote in a caption.

A few people have been asking me about my skin on Survivor, and if you have been watching you may have noticed that it’s going through somewhat of a transformation. Well it turns out that whilst playing I had a flare up of an Autoimmune condition called Vitiligo that I didn’t know I had. 😕 I was made aware of it but I decided to push through and not stress about it until I came home because… Survivor! 💪🏽Since seeing a specialist I’ve been told that it’s a condition that needs lifelong management, but I’m having some amazing treatment and it’s working really well so I’m feeling very lucky. It’s not ideal that it happened in real time on TV, as it was pretty confronting knowing I was being filmed, but I think what initially felt like a negative, can be a positive. So for anyone who might be suffering from Vitiligo or any other condition that makes you feel like you look less than perfect, I hope that watching me out there kicking butt on Survivor (and also getting my butt kicked 😂) without a stitch of makeup on, lifts your spirits. I’m thinking there are enough perfect looking people on TV, so I’m happy to offer an alternative and be someone who is perfectly fine with being imperfect. Anyway, a bit of a skin thing isn’t going to stop me playing hard and having fun, so I hope you enjoy my journey because I sure did. (Except for the tower of terror, I did not enjoy that at ALL) 😂 Pia xxx ✔️✔️ Also I’m drinking out of a copper cup now because some random Ayurvedic website said it would help 🙄🙏🏼😂 ( yes I’m wearing makeup in this pic) 💄💋#vitiligo