The month of April was all about Winnie Harlow and her awe-inspiring interviews. Just a few months after walking the ramp for Victoria’s Secret Fashion Show, the supermodel appeared on The Tonight Show Starring Jimmy Fallon and The Jonathan Ross Show. On both shows, Winnie set the record straight and made it clear that she isn’t “suffering” from vitiligo.

From appearing on countless magazine covers to landing a spot as an SI Swimsuit 2019 rookie, it suits to say that Winnie is definitely not suffering from vitiligo, but thriving. Now, Winnie is also the face and body of MAC Viva Glam Campaign 25. The cosmetic giant is celebrating 25 years of Viva Glam with the supermodel as ambassador.

‘A’ = ACCEPTANCE.⁣⠀ ⁣⠀ #VIVAGLAM was born in 1994, a time when the stigma and misinformation surrounding HIV and AIDS was at an all-time high. In true changemaker style, M·A·C ‘s founding fathers Frank Angelo and Frank Toskan, banded together to change the narrative and shift the lives of those directly impacted by the pandemic. It was a bold move, but a necessary one. ⁣⠀ ⁣⠀ ⁣Supermodel @winnieharlow recreates the iconic first-ever #VIVAGLAM campaign.⁣⠀

While the month of March 2019 was all about innovation in vitiligo research, April 2019 was more about happy, positive community stories. Recently, a Nigerian vitiligan got married to his sweetheart. Their wedding photographs got viral on the internet. To be honest, when we looked at the photographs, we couldn’t stop smiling either.

Just like other brands that have embraced vitiligo friendly advertising and skin positivity, Dove too challenged beauty standards with a new marketing campaign dubbed Project #ShowUs. Dove led a 5,000-image initiative in partnership with Getty Images and digital photography company Girlgaze. The campaign was hosted on GettyImages.com, featuring 179 women from 39 countries (including plus-size women, trans-women, and women with vitiligo). Well, we believe initiatives and marketing campaigns like these can indeed liberate women from narrow beauty ideals.

On the Reality TV front, viewers got to watch something beautiful this month. Jolie, 29, broke down in tears when she was asked to remove an item of clothing which would expose her vitiligo in the latest installment of Naked Beach. The controversial new Channel 4 program sees insecure Brits jet out to Greece to spend time with body-confident naked people. 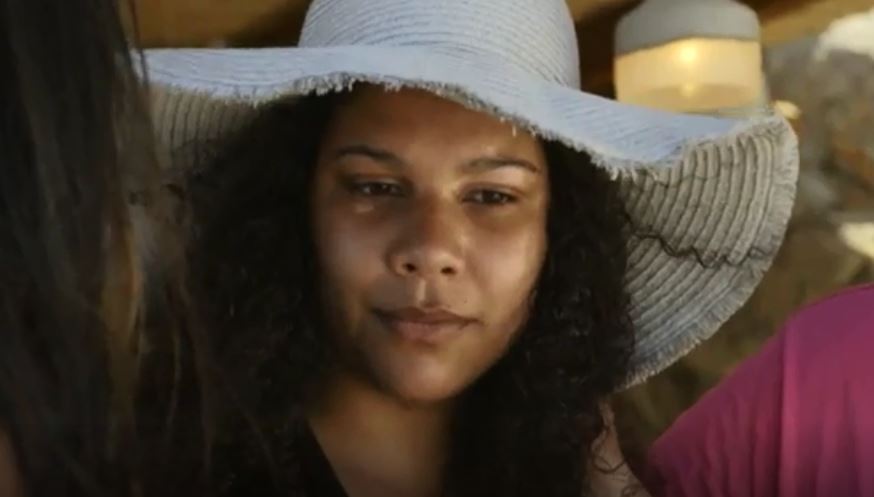 Jolie who has white patches around her eyes, ears and other areas admitted that her confidence has taken a knock as the skin condition has become progressively worse in recent years. After breaking into tears on set, the self-conscious vitiligan said: “I just feel drained.” However, once she was shown the photos from the shoot, Jolie said: “I was just told I had it and I hid it. Seeing it, there’s nothing to be ashamed of.”